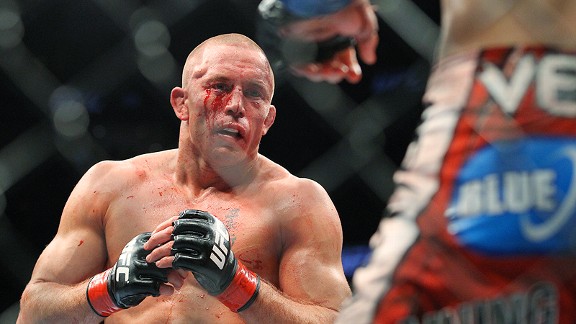 Mixed martial arts competition also known as MMA has had a relatively short history in comparison to the sum of its composite styles. Ancient martial arts have been around for centuries and combat in the general sense has been around longer than recorded history. MMA has evolved into a very unique form of full contact combat sport that is growing in popularity at an astounding rate.

When did MMA first start?

Well that’s a tough question to answer throughout history combat has been a means to settle disputes, show strength, and defend honor, so a specific date cannot be given, but competitive fighting can always be traced down to a specific Olympic Game and MMA is no exception. One of the earliest recorded “MMA” fighting events occurred during the Greek Pankration, a fighting event that became part of the Olympic Games in 648 B.C. Pankration events were known for their brutality; even more so were the Etruscan and Roman pancratium events that sprouted from it. The term “pankration” is morphologically composed of two Greek words: pan, meaning “all,” and kratos, meaning “powers.”

More MMA events began surfacing up over time such as in 1887 when champion heavyweight boxer John L. Sullivan took on Greco-Roman wrestling champion William Muldoon. Muldoon reportedly slammed his Sullivan to the matt in just a couple of minutes. This was one of the most notable early MMA events.

During the early 1900s, full contact combat with mixed styles began surfacing in Brazil in the form of mixed style Vale Tudo matches. These matches were typically one by Brazilian Jiu Jitsu practitioners.

In 1914 Mitsuyo Maeda, a Judo master from Japan, taught Brazil’s Carlos Gracie the art of judo in appreciation of his father’s help with business in the country. This was an amazing turn of events as the Japanese tended to hide jiu jitsu and judo from westerners. From there, Carlos’s youngest and smallest brother Helio Gracie, refined the art that had been taught to Carlos into one that used less strength and more leverage in order to suit his more diminutive frame. The reason he altered BJJ to what it is today is because when he was a kid he was plaqued with sickness and caused him to be both weaker and smaller than everyone else. He changed the style to fit his personal frame and it now the smaller individual had a chance to beat the bigger guy.

What came of this was Brazilian Jiu Jitsu, a grappling art that taught practitioners how to utilize joint locks and choke holds to their advantage on the ground. In addition, one of Helio’s major accomplishments was in refining how fighters could compete from their backs utilizing a technique called the guard.

Brazilian Jiu Jitsu performers did exceptionally well in mixed style Vale Tudo matches in Brazil. Vale Tudo is a no holds bar form of fighting style developed in Brazil. It was outlawed in Brazil for some time and only recently started to have resurgence into the main stream.

In addition, there were mixed martial arts matches being put on by Antonio Inoki in Japan in the 1970’s. One of these took place between Inoki himself and famed heavyweight boxer Muhammad Ali on June 25, 1976. In reality, it appears that this 15 round draw, which netted Ali six million dollars and Inoki two million dollars, some believed was staged. Further, several rules were put into place to help Ali just before the fight went off (including a rule that only allowed Inoki to kick if one of his knees were down). However, the match certainly generated a lot of interest in mixed style competitions.

UFC and the MMA The Ultimate Fighting Championship (UFC) is the largest mixed martial arts promotion company in the world featuring most of the top-ranked fighters in the sport. It is the largest MMA organization and is the pioneer in branding MMA as a competitive sport. It has had over 250 fights as of right now and is growing in popularity and becoming more of a mainstream sport. Based in the United States, the UFC produces events worldwide. The organization showcases nine weight divisions and enforces the Unified Rules of Mixed Martial Arts. Due to the marketing efforts of the UFC, MMA is now surpassing boxing and all other forms of competitive sports in terms of viewership.