Top 5 Reason Why Your Kids Should Do Brazilian Jiu Jitsu

What is Brazilian Jiu Jitsu?

Brazilian Jiu Jitsu (BJJ) is a martial art, combat sport, and a self-defense system that focuses on grappling, take-downs, and most importantly ground fighting. It originated from the japanese fighting style of Judo and refined to what it is today in Brazil through Helio Gracie (father of BJJ). If you would like to learn more about the History of BJJ Click here. It is a growing sport that is starting to get traction in the international scene in part by the Ulitmate Fighter Championship (UFC). There are many reasons for your kids to do BJJ but I will narrow it down to just 5 of the top reasons why your kids should do BJJ. 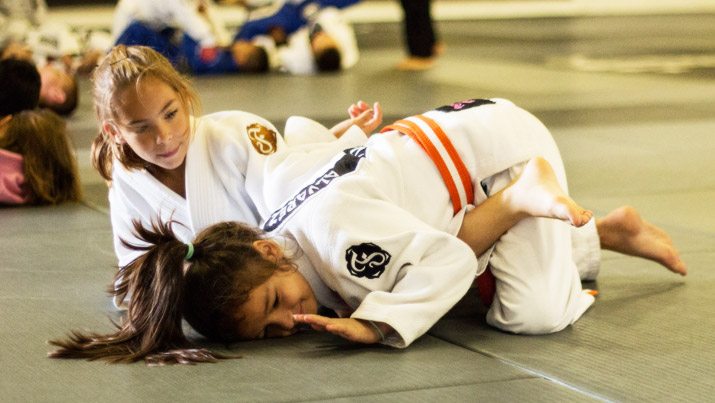 In 2012 the Center for Disease Control (CDC) estimated that 33% of American children and adolescent were overweight or obese. Obesity is caused by a “caloric imbalance”, fancy way of saying eating more calories than you burn, which increases lipids (fats) in your body and affects ones weight, hormones, and even psychological health.

Studies show that exposing kids early on to sports such as Brazilian Jiu Jitsu (BJJ) and other athletic activities are more likely to maintain healthier lifestyles throughout their life.  The only way to maintain good health is to build a lifestyle around it and BJJ is a great way to start. Not to mention BJJ is known as an excellent way to build strong bones and muscles.

Note: ***Before signing up for BJJ make sure to check with your pediatrician to see if your child is ok to train. ***

Psychology Today recently released an article directly correlating sports and improved cognitive intelligence. BJJ is a great form of physical aerobic activity that helps promote Brain-Derived Neurotrophic Factors (BDNF), this chemical in the brain helps promote the growth of new neurons and may lead to an increase in your child’s Intelligence Quotient (IQ) and help with performance in school leading to better grades.

Physical activity like BJJ can also improve concentration and focus and may aid with some children that suffer of ADHD. 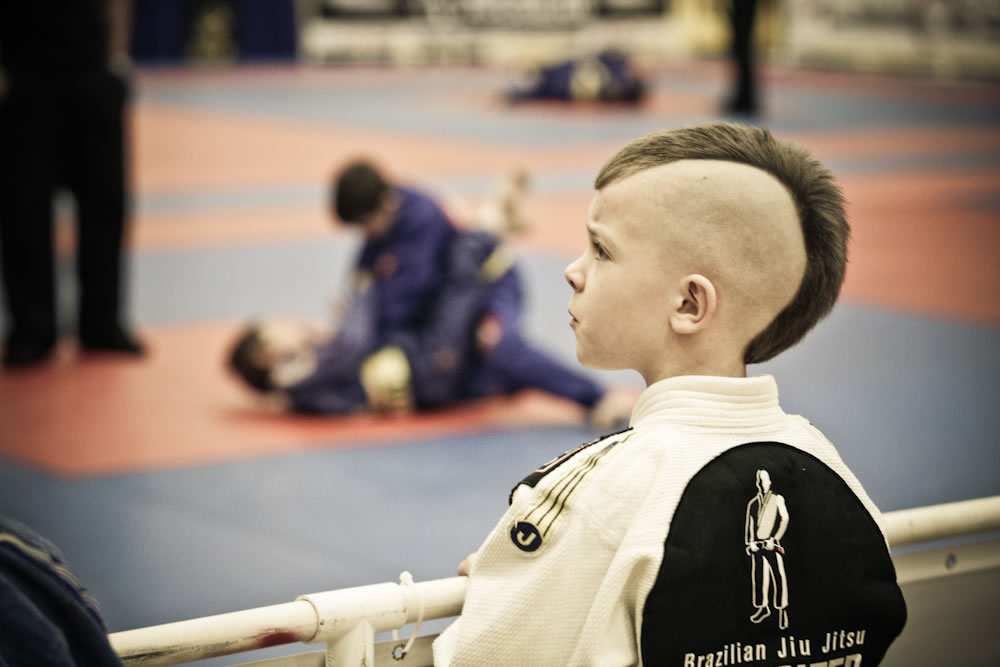 The ability to defend oneself is a very valuable skill that every child should learn. BJJ gives your child the tools to be able to do so. But don’t think your child will just be picking fights with everyone, BJJ promotes respect and discipline and many instructors teach their students to never use what you learn in class in public unless absolutely necessary. 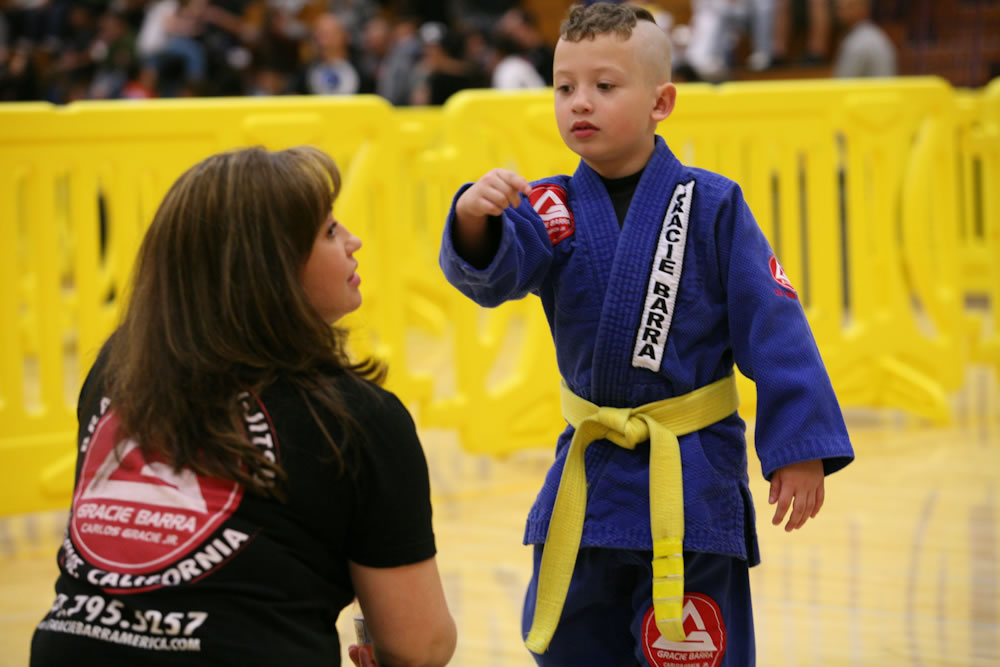 BJJ is a sports which its practitioners are separated by ranks, white belts being a beginner and black belts being those with the highest level of experience. Rank is increase based on a combination of tournament performance and time spent learning BJJ. Ceremonies are held when someone is awarded a higher rank similar to a graduation in a sense.

This type of environment promotes a child to strive to achieve their goal of receive a higher rank. In the long run BJJ creates a goal driven mind that will aid in future endeavors such as college, careers, and beyond.

Improved self-esteem through friendship and bonding

The way one feels can govern how one behaves. Low self-esteem has been linked with dangerous behaviors. Doing BJJ is a great way to build a strong sense of self through meaningful and lasting friendships that you gain rolling on those mats.

Many BJJ gyms have after school and summer programs that offer separate classes were kids are able to converse and train in a safe environment.

**Maybe consider learning BJJ with your child and have a common interest to bond in.

Overall BJJ is a great sport for your child to get into aside from the top 5 reason stated above BJJ has many more too long to list in this blog. If you have any questions relating to BJJ such as gi sizing, how to care for your gi, etc. Please don't hesitate to contact us. We hope we were able to convince you with these top 5 reasons your kids should do BJJ.